One thing I don’t see much of at weddings are Army tanks. Not that’s it’s going to be much of a surprise to anyone really. Can you imagine what it would be like if it became tradition that at the moment of the first kiss Grandma stood up in the turret wearing a lopsided helmet screaming YEE HAW! and firing a rally of missile into the air?

Yeah, it would amazing wouldn’t it?

But if the tanks won’t come to us (without ruining a lawn) then we need to go to them and it leads us to the rather kooky, 100% cool Islington Metal Works in London.

It’s such a Fab place and only 10 minutes from Islington Town Hall which is where Rachel and Chris got married. 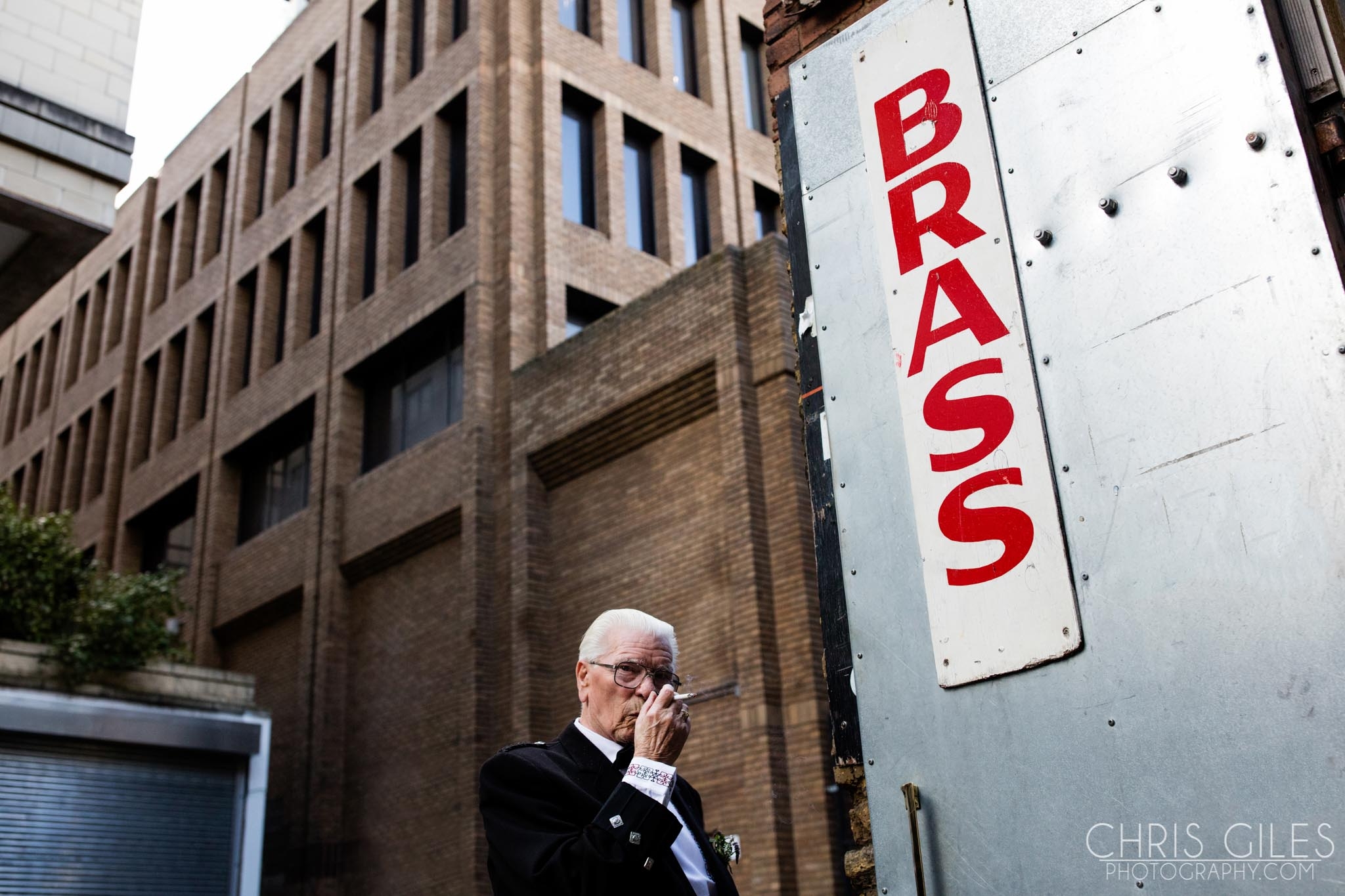 Rachel and Chris are Brits living in Australia so it was their wish to come over here and get married with all their friends and family close. Chris is a local locksmith who works in the Worthing area whilst Rachel works in the rag trade. 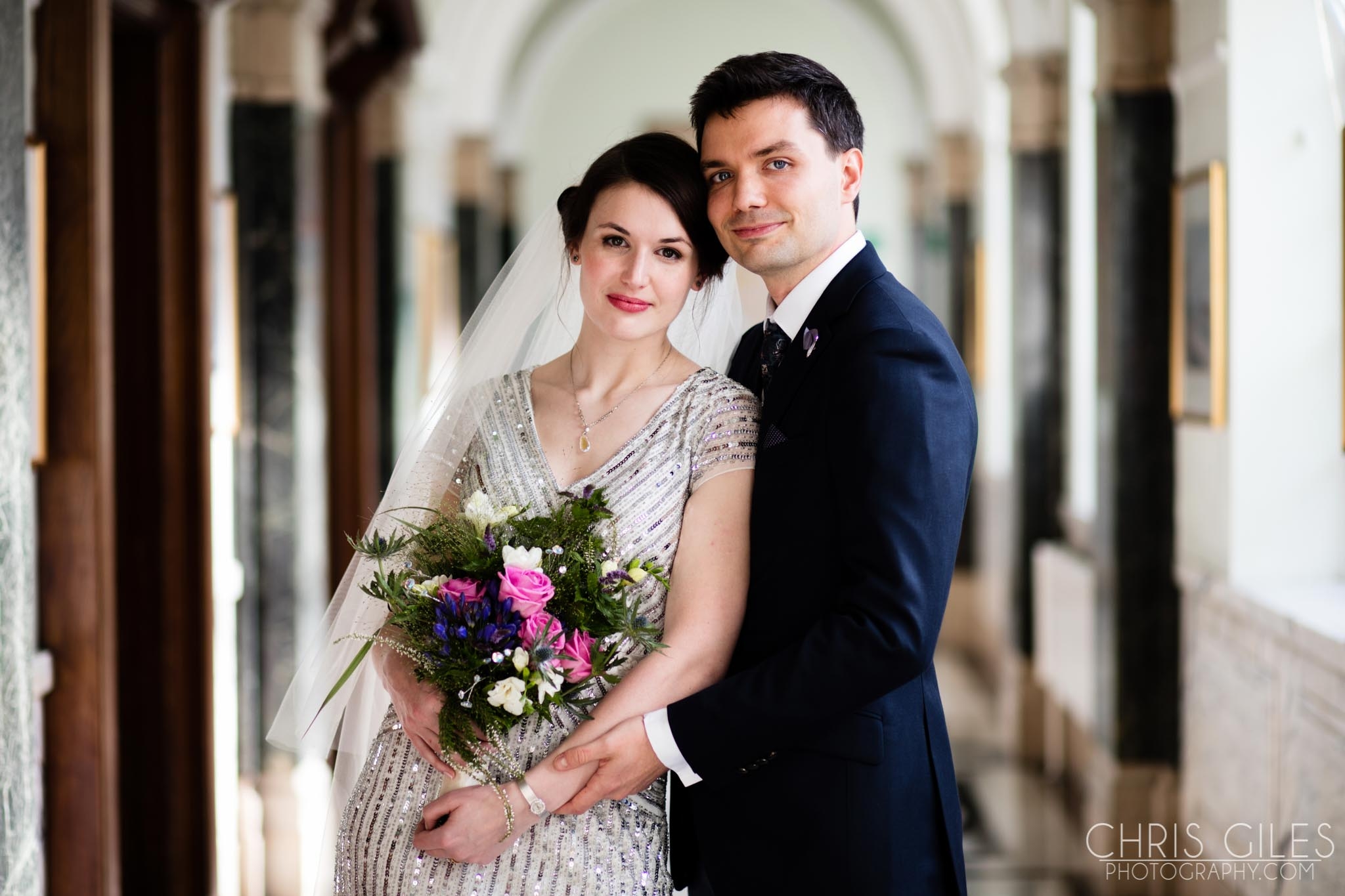 Their ceremony at Islington Town Hall was unlike any other. The rules are no religious presence anywhere which is why you don’t see traditional hymns at a registry office.

This doesn’t mean you can’t take those rules and bend the heck out of them. Queens ‘Don’t stop me now’ and Ben E Kings ‘Stand by me’ aren’t religious so we did indeed have song during the ceremony. 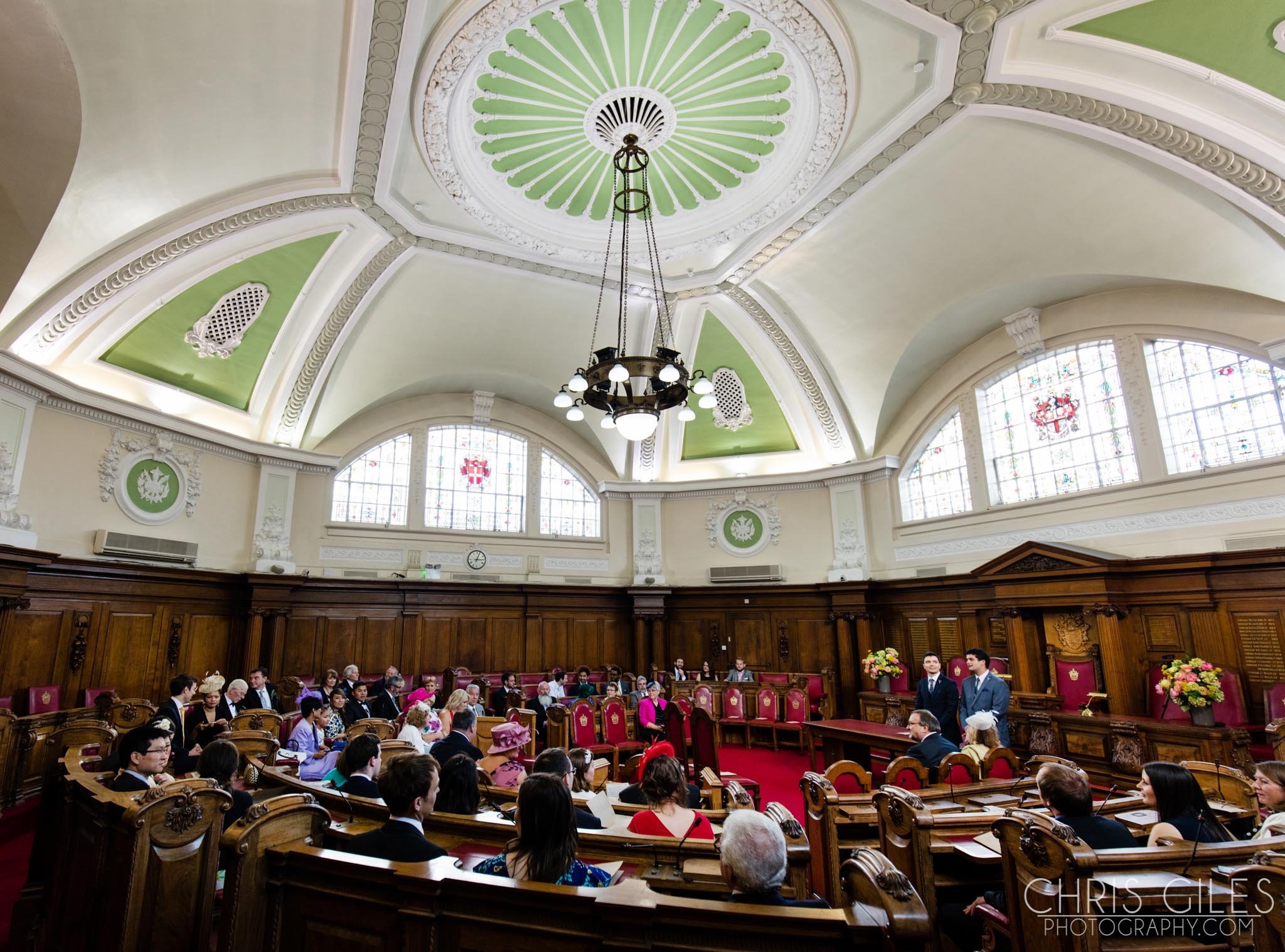 Islington Metal Works is great because they will decorate it any way you want and everyone is quite sweet there.

After their arrival we took some more photos, the more formal stuff and then went in to dinner where Rachel’s sister sung her speech which was hilarious. 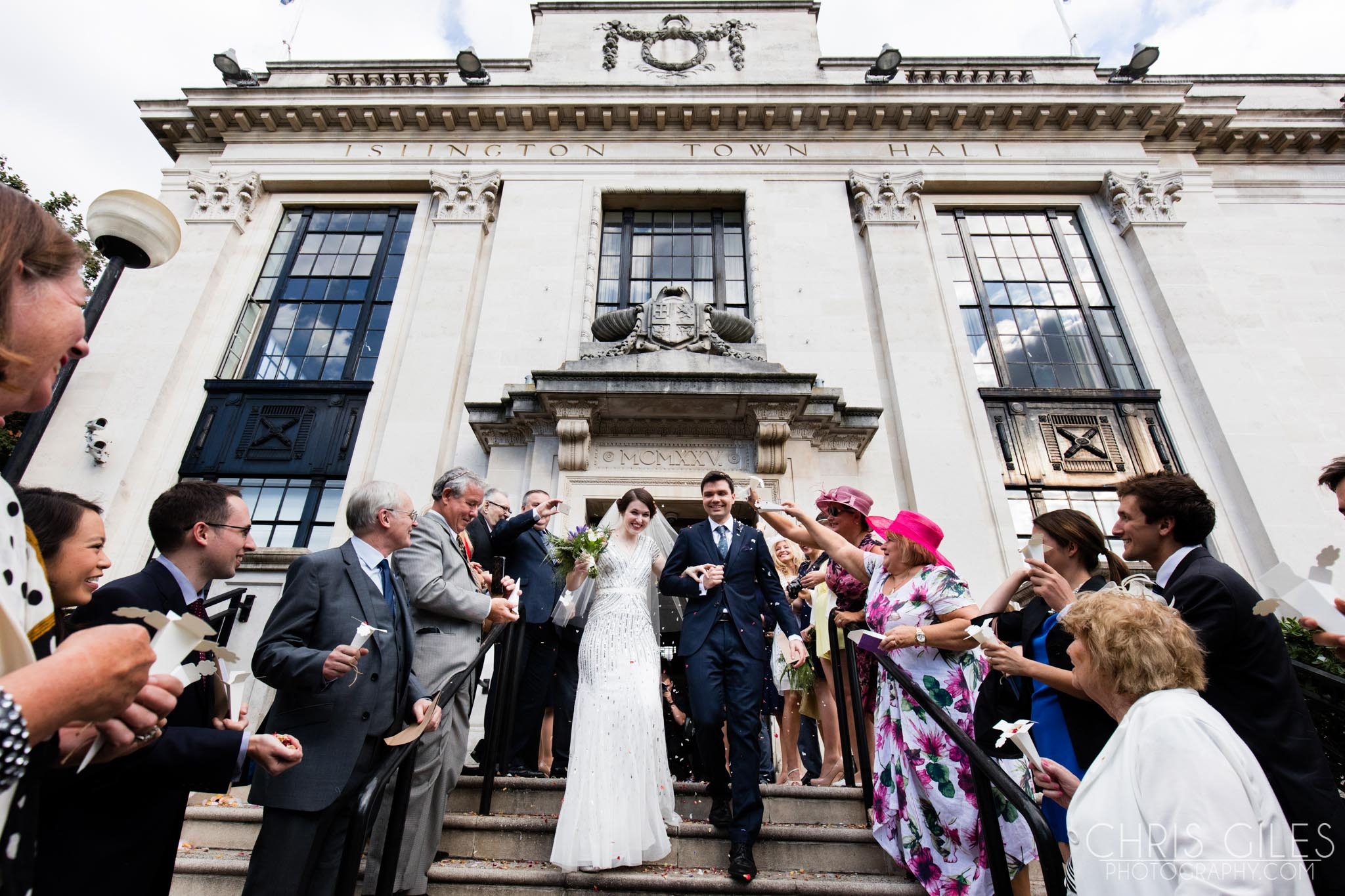 We also spent some time setting up some shots of the tank, we couldn’t not take photos of it as Greg was shooting with me he helped manage the lights and the smoke bomb while I concentrated on the shot. 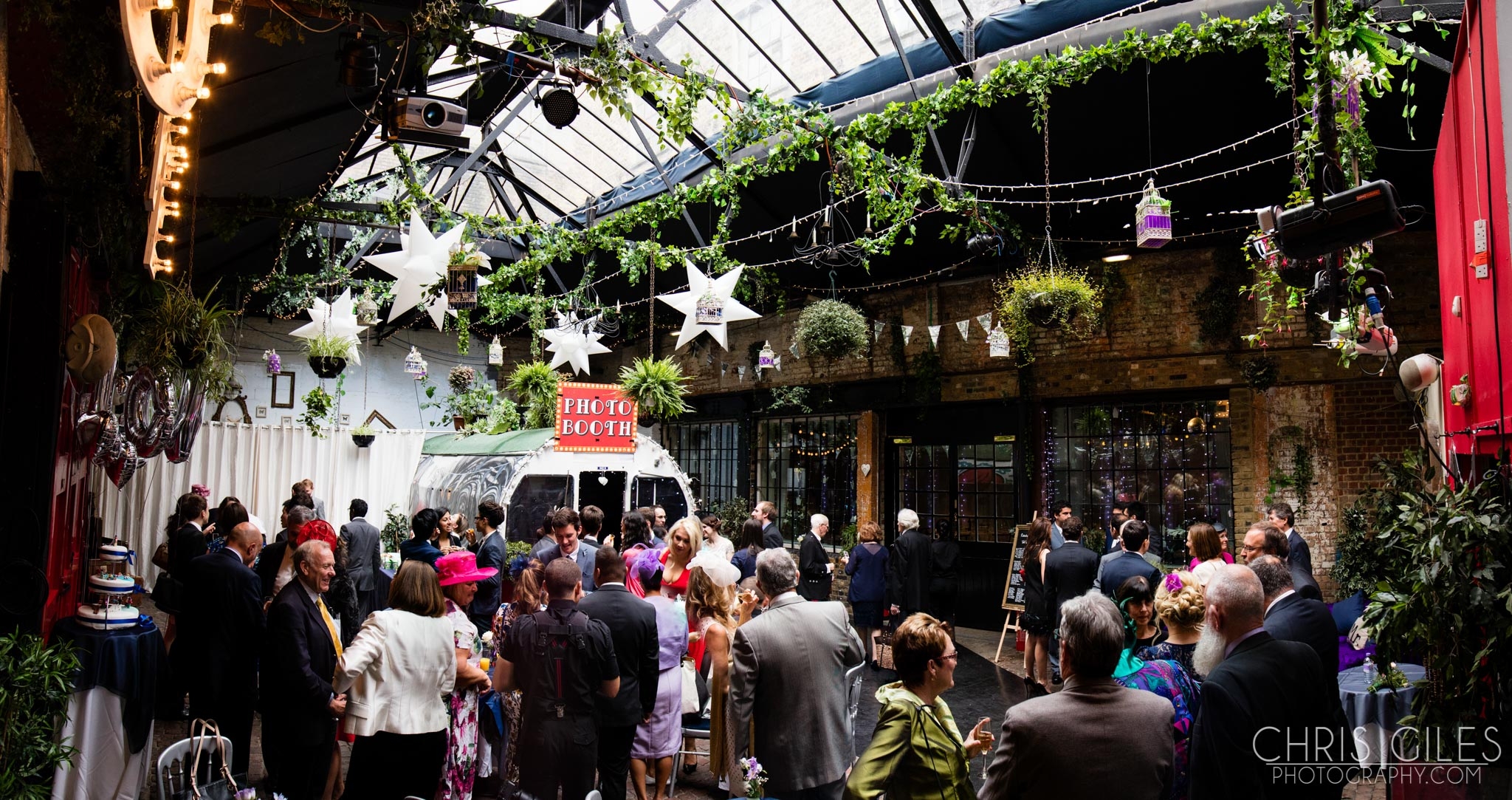 Rachel and Chris left before we did and we waved them off before going home ourselves. 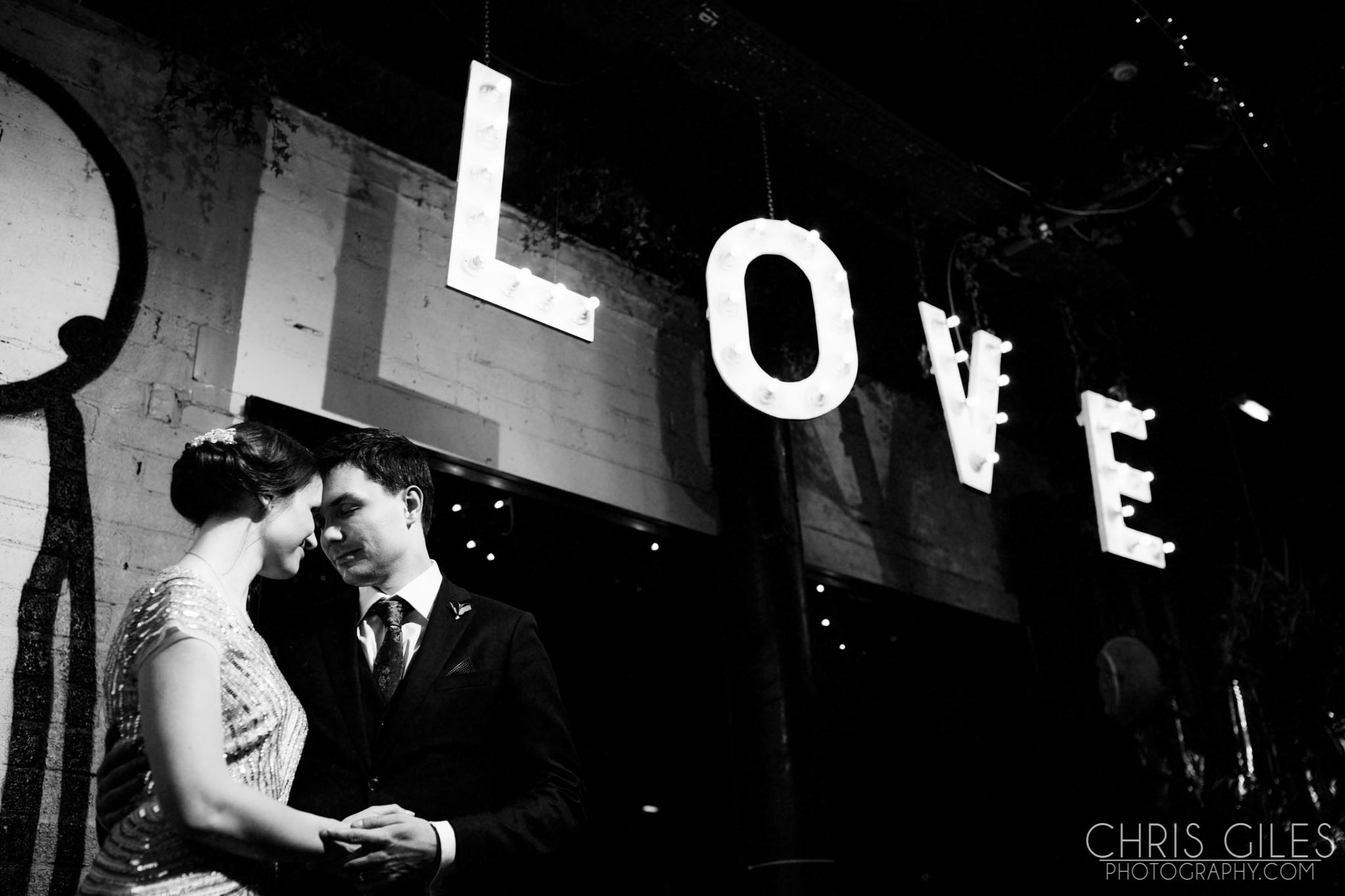 The Hackney Round Chapel By Chris Giles