Over a quarter of a century ago, Glasgow won the title of European City of Culture, creating a buzz around the city which had never existed before. Cultural spots appeared and Glasgow was finally considered a holiday destination for flighty Europeans. It had gained a cult following as a romantic alternative to beauty spots such as Paris and Venice.

Glasgow has a reputation for being one of Europe’s friendliest cities and it is no wonder why. With all the best bits of Edinburgh – minus a doubling in population for the summer months – great pubs, good grub and a range of hip and arty things to do, Glaswegians are the happiest of the Scots. Whilst we seem like the toughest of the bunch, real Glaswegians are soft at heart, enjoying a little bit of romantic indulgence from time to time. With dating apps making it easier to meet people with similar interests, dating in Glasgow has never been more enjoyable. Now that you can pick out from someone’s profile if they’re more Jurassic Park than Kelvingrove Park, it’s easy to judge whether to dust off your book on fine art galleries or not.

If you’re a little bit lost for words, let us take you around the best of Glasgow’s cultural spots, which might prove worthy of a romantic affair.

The Necropolis might not seem like the ideal first date spot, however the gothic architecture makes for a stunning walk. With more than 50,000 people buried at the site, it is considered one of the greatest pieces of Victorian architecture in the city and home to plenty of prolific Scots. Have a venture around and see if you can spot William Miller, the author and original Wee Willie Winkie. Unless you’re a fan of horror and spooks, you might want to leave the necropolis before dark, as ghosts have been said to roam around the Southern Necropolis.

If you’re more of a laugh than horror aficionado, then The Stand Comedy Club might be more your bag than the Necropolis. Comedy makes a great date and, even if your date doesn’t enjoy the show, you’ll have seen something you love, and you know that you and your date definitely aren’t compatible. With everything from household names to comedians who are just starting out, you’ll likely find something to suit all tastes, and if you don’t, you might have to consider whether your date is really for you…

A visit to the Botanic Gardens is enough to get the seal of approval from any date. Take a warm, sunny day (or just head up in the rain) swing a picnic hamper over your shoulder, and spend the afternoon amongst the greenery of the gardens. The Kibble Palace was built towards the end of the reign of Queen Victoria by astronomer John Kibble. The beautiful glass structure is now an international plant house and a place of great beauty. Perfect for making your date swoon.

Glasgow isn’t the rough-and-tumble city that it used to be and there are plenty of places to escape for a romantic afternoon or evening. With something for everyone, Glasgow is becoming a hotbed of culture with an eclectic mix of activities and places to visit. Edinburgh might be the jewel in Scotland’s crown, but Glasgow is the gold that holds it all together.

Certain parts of the UK have a special hold on my heart and Cornwall is one such place.

When my age could be counted in single digits Cornwall was a source of family holidays, tricking the Space Invaders machine to accept 2p’s at holiday camps in Camelford, pretending to be a rock climber in Tintagel and discovering jellyfish on Polzeath beach are moments that still hold a certain magic and nostalgia for me.

Yet, despite this I’ve not been back to Cornwall since, at least not until Domi and Phil booked me for their wedding at St Enodoc Church in Trebetherick. From that moment I had been counting down the day to my return… 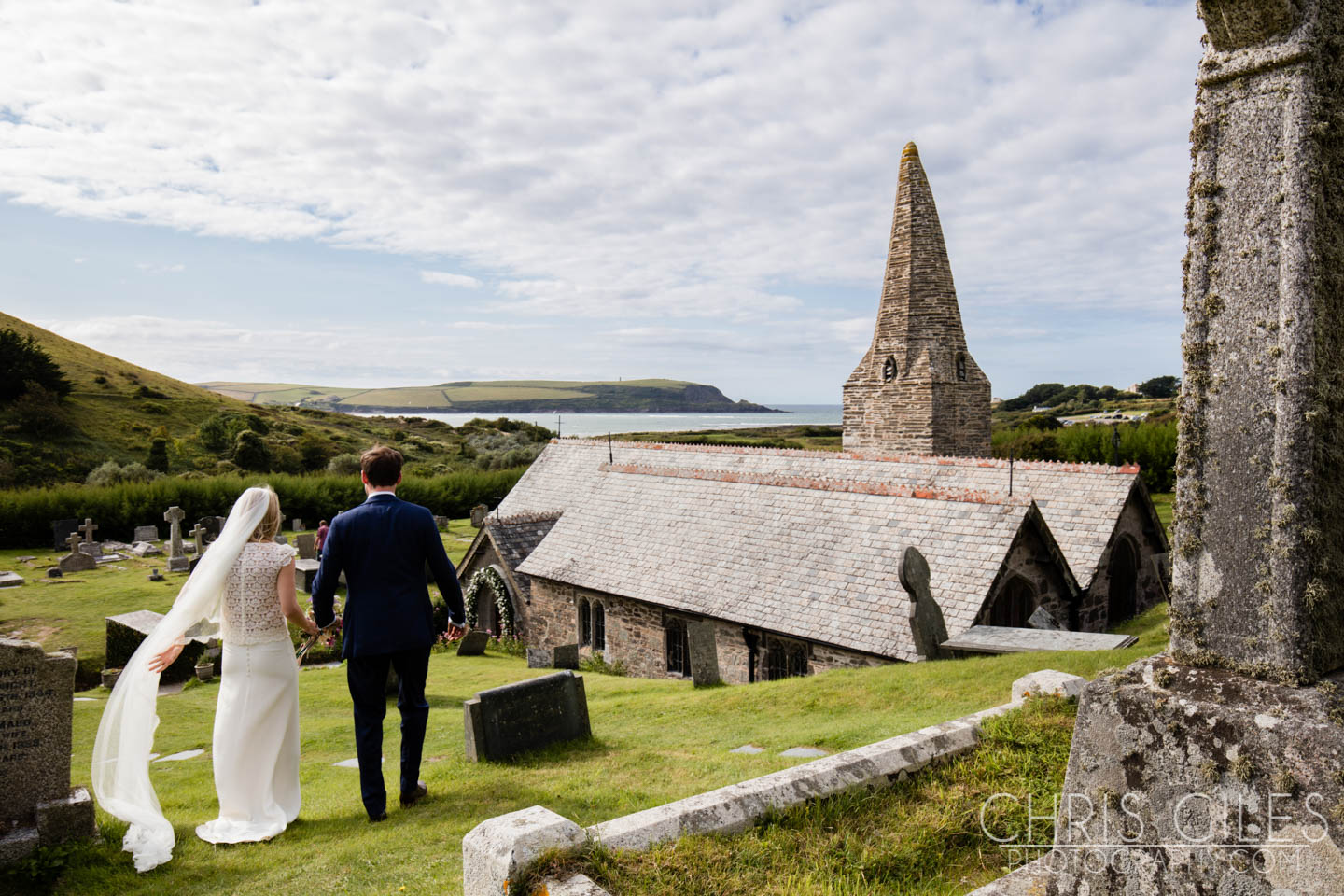 Their wedding started unusually with the boys surfing at Polzeath beach while Dominique got ready at her parents in Rock. 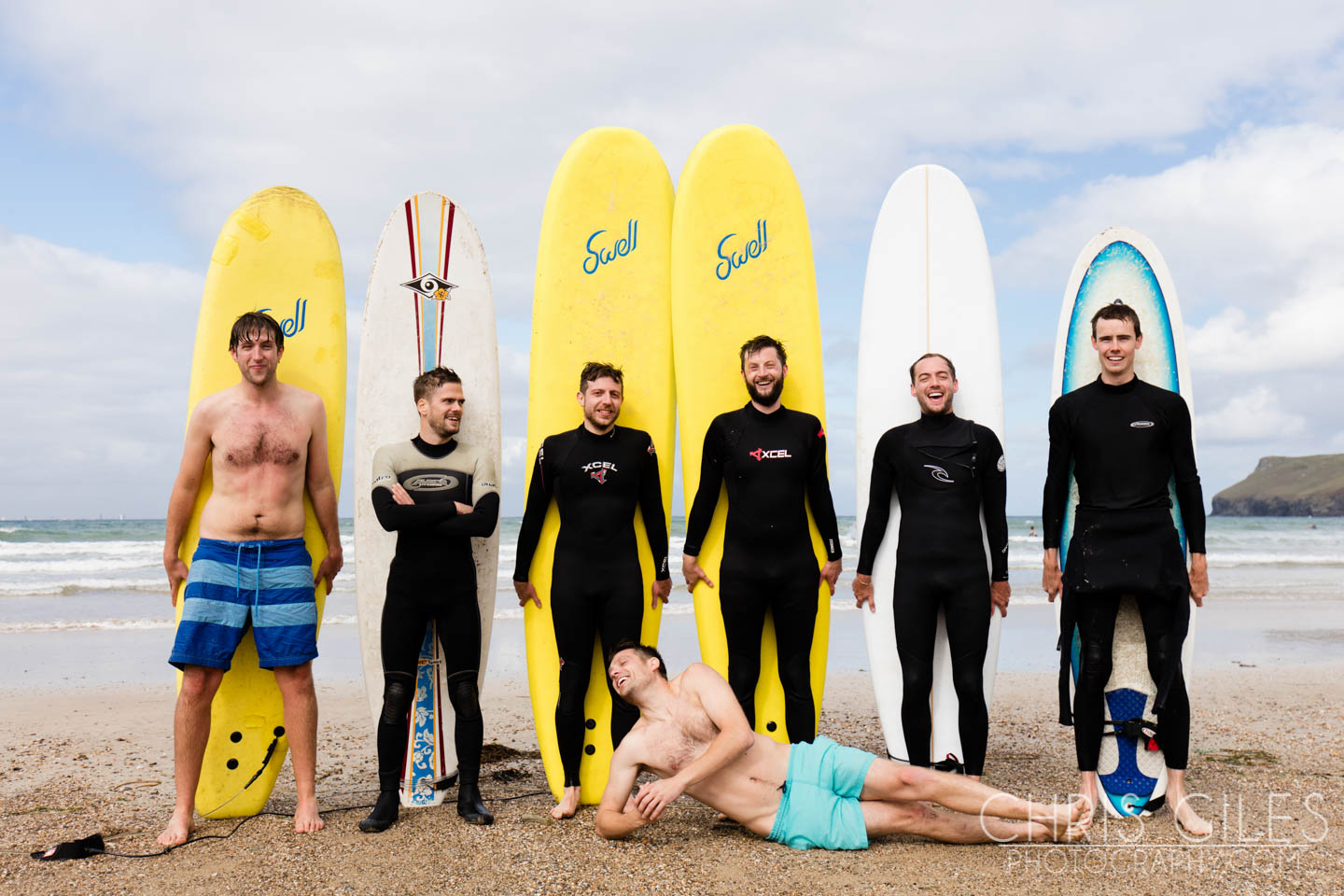 St Enodoc church is honestly the most beautifully located church I’ve ever shot at. The view of St Enodoc aligns perfectly with the Jurassic Cornish coastline that leads to Daymer Bay. 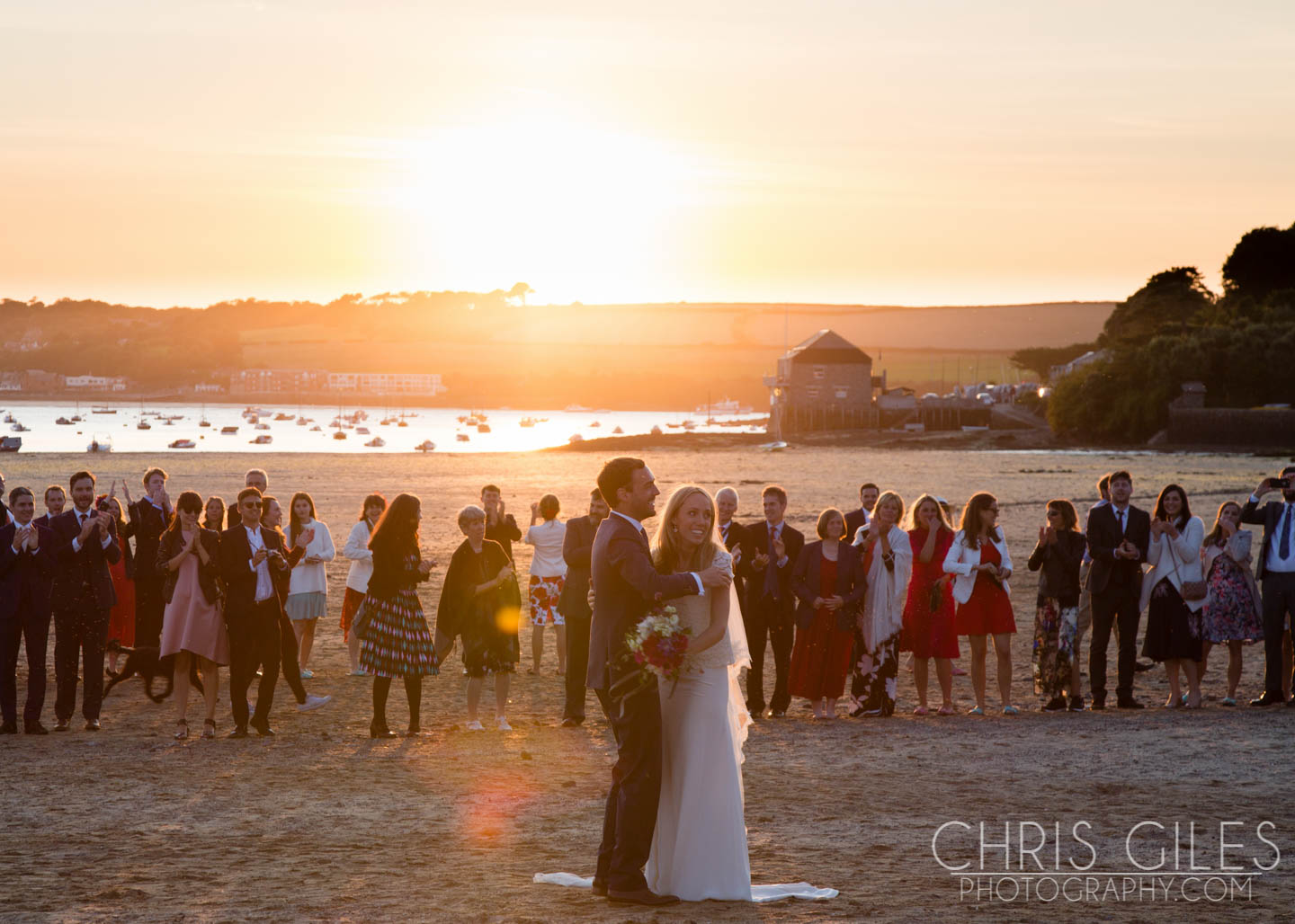 After the ceremony we headed back to Domi’s parents for a reception in a Yurt where the September sun kept us warm. The speeches took place outside followed by a Conga to the beach. 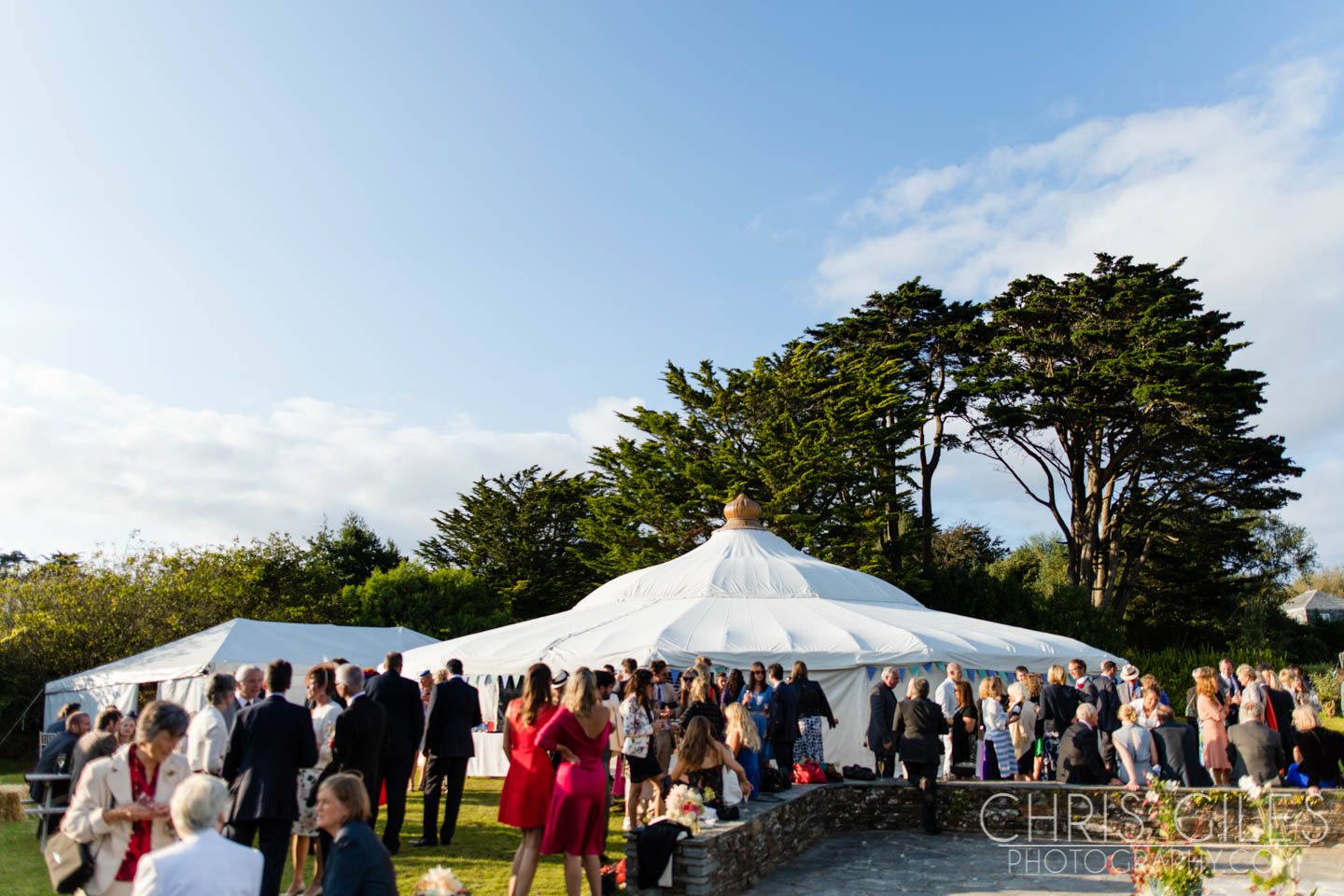 The evening continued and I stayed until the late hours where all the fun continued until close. 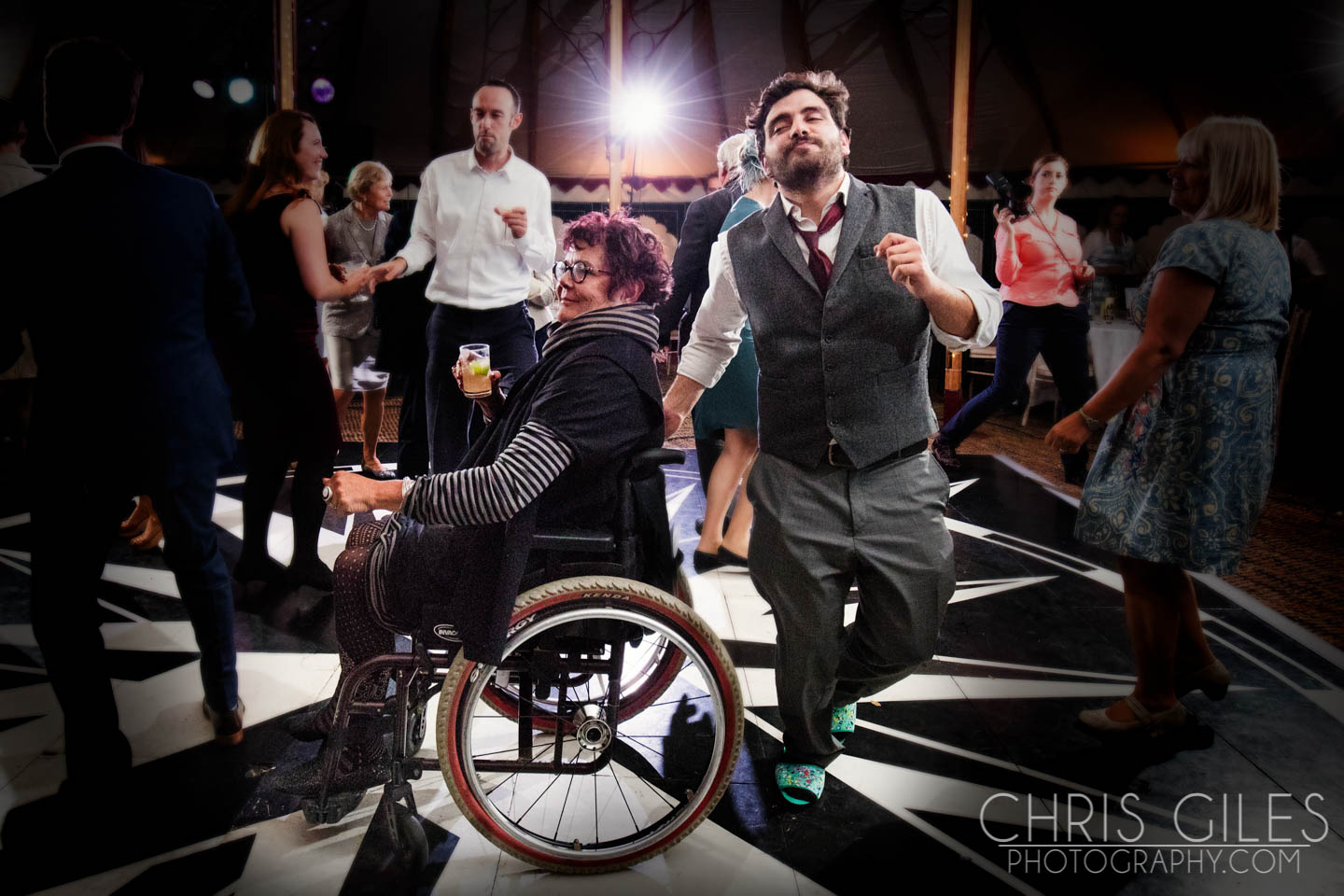 Here is Kelly and Mike’s wedding from late March at Upwaltham Barns.

It was the time of year when you never know what the weather is going to do and fortunately the Barns lend themselves well to this and also for photos if it does eventually rain like above!

Kelly got ready with the girls up the road at Hollandsfield Lodge before finishing prep at the Jasmine cottage on site with their ceremony following shortly after. 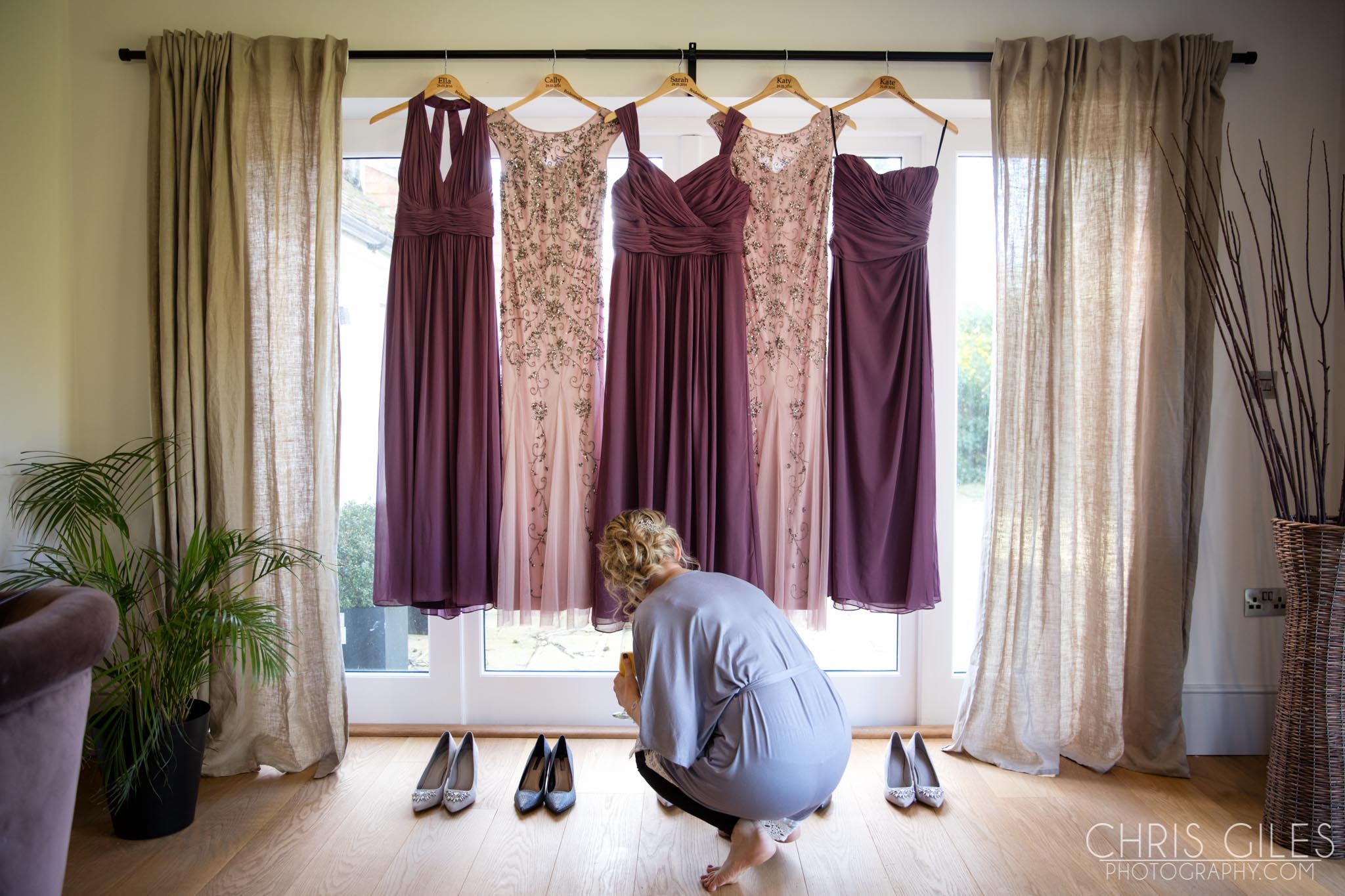 After about 9pm things start to get a little crazy on any dancefloor, that extra vodka, the ‘surprise Jagerbomb’ always seems to have a positive effect on the crowd… 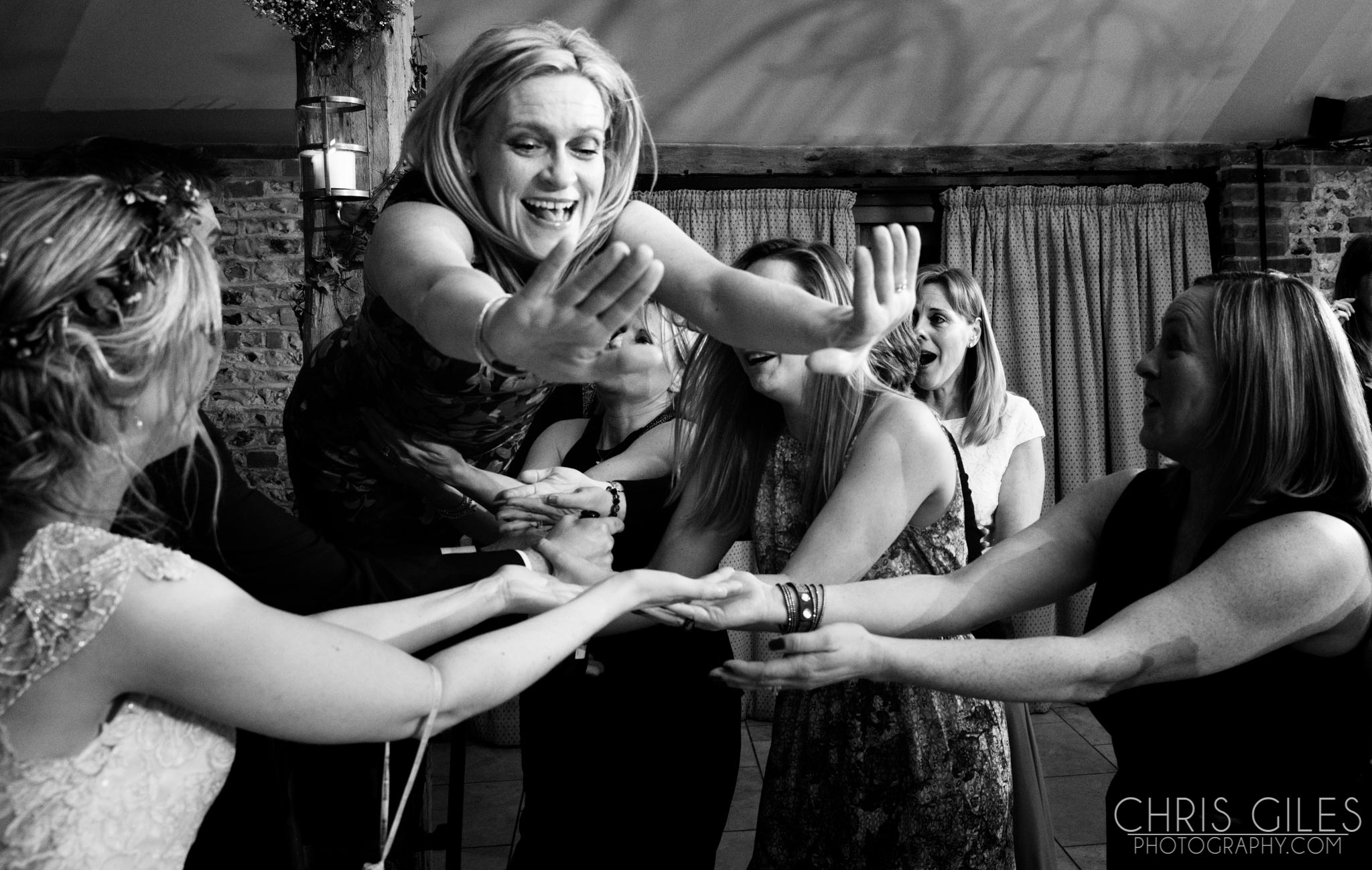 Here’s some more photos from Kelly and Mike’s wedding day: 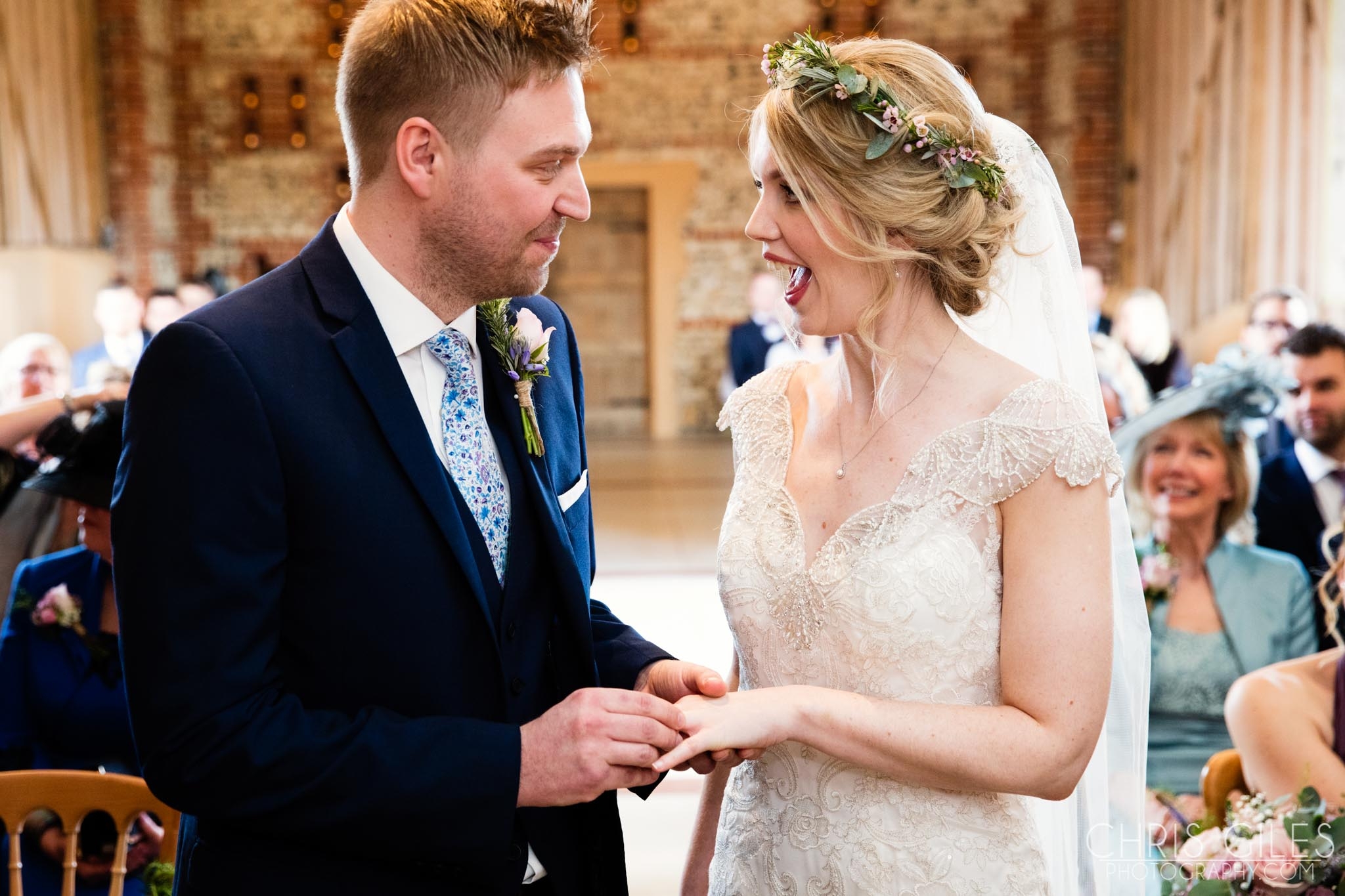 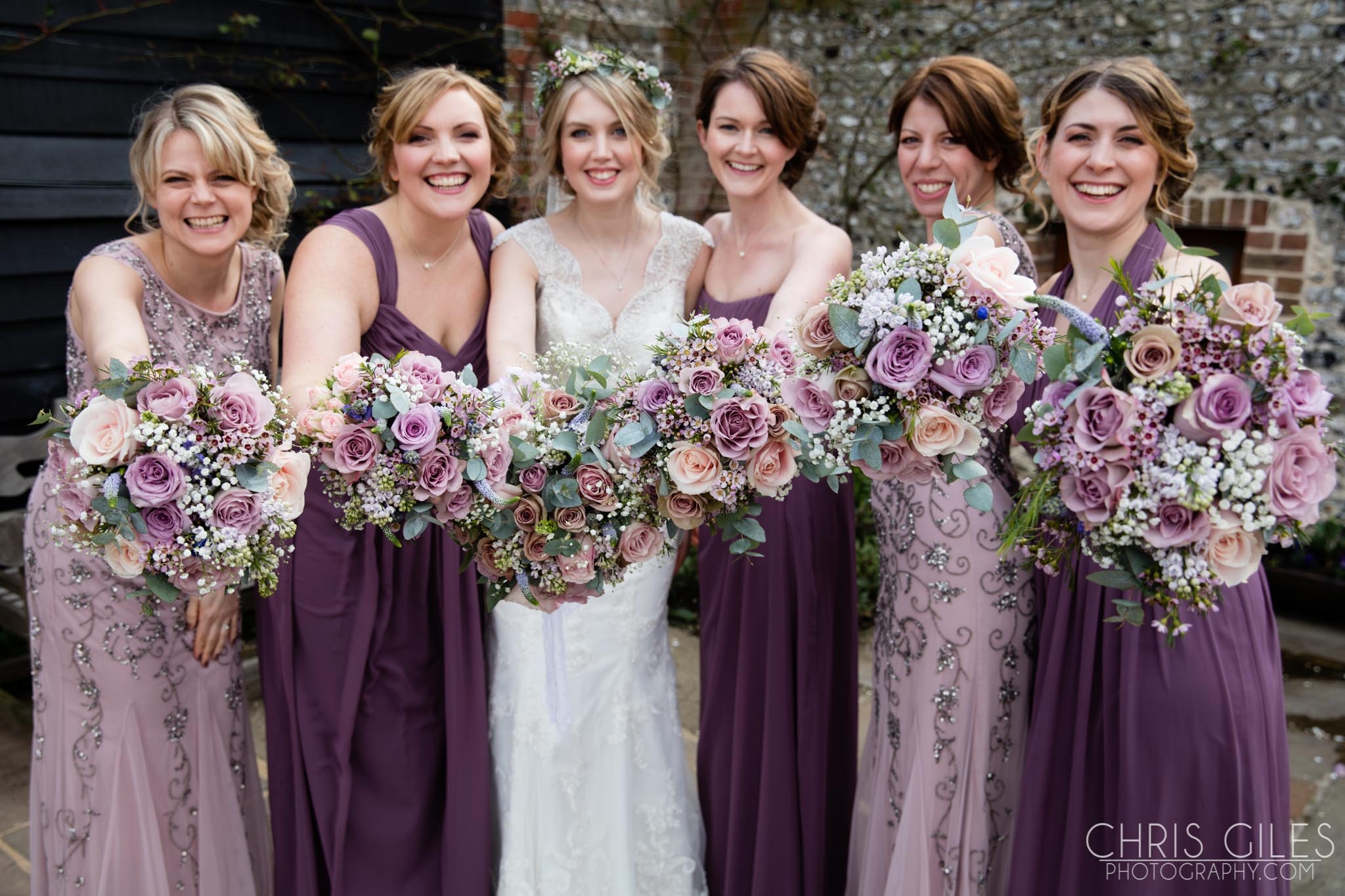 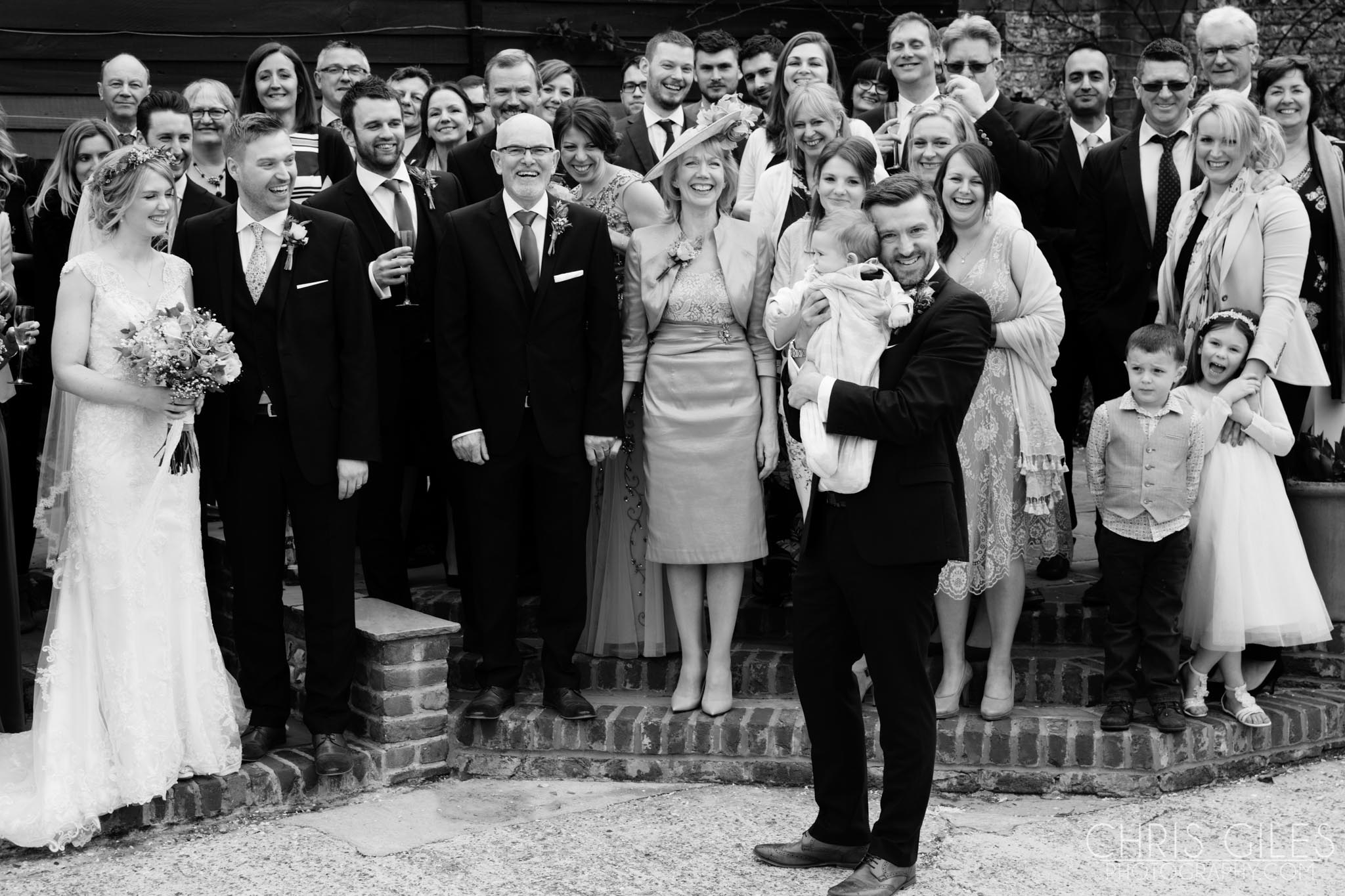 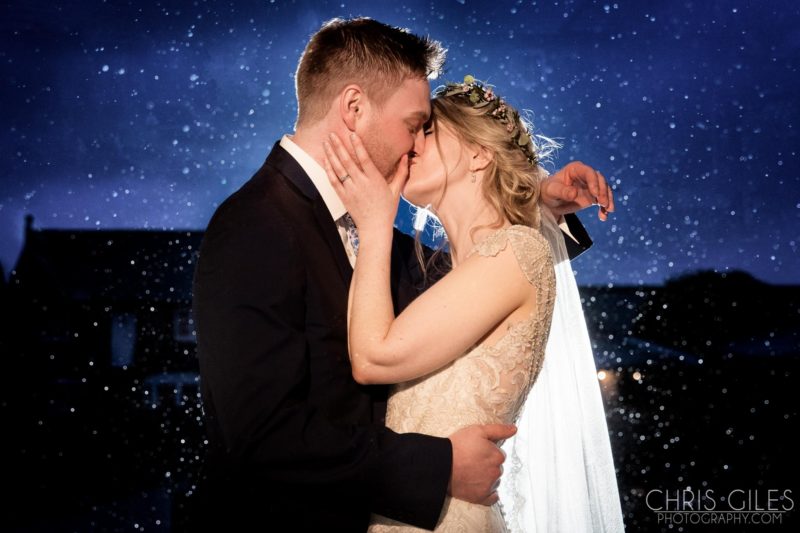 While in the middle of hiring a new member of my marketing team, a few weeks back, I sensed an unknown judgement sneak into my evaluation process. I would immediately scan the page, with each resume, looking for some kind of media background. A sign that the individual competing for this position had knowledge of media and literary masterminds from years past, knew how to explore the streets looking for clues and sources, and had experience in the newsroom.

Around the same time every morning I leave my house and walk to my office that is just over a mile away. I pass park police putting up hammocks in parklets that cut back the Atlantic Avenue’s center. I walk past a row of media trucks, just before I reach Thomson Place in Boston’s neighborhood of Fort Point, that were covering high-profile cases.

On the side of the road, global news teams from CBS, FOX and CNN sit, going through their notes, before addressing their audiences by standing in front of their cameras. As the news anchor is about to go on, I sometimes make an eye contact with him. I ask myself, What’s he going to say? After that, he straightens his back, snaps his eyes and delivers his story to the audiences with authority and poise.