Ways to Keep up with Millennials: Mobile Trends

The world moves a lot faster than it used to – there’s a new iPhone every two years and a new Call of Duty game every year, while even the most bizarre science fiction technologies, like artificial intelligence and cyborg humans, seem to get a little closer to realisation with each passing day. The obvious concern for businesses is keeping up.

Millennials, people born between 1980 and 2000, are the most technologically adept generation in history. They’re also the hardest to please, having grown up on a diet of on-demand media like Netflix and NowTV; even Argos now offers same-day delivery just to stay relevant.

There are a few almost-guaranteed ways to stay on millennials’ collective good side, however:

It might not sound like something worth troubling the boardroom over but payment options change just as quickly as the technology that supports it. For instance, in 2015, both Apple and Android Pay were born. There’s also Skrill, Neteller, PayPal, paysafecard, Boku, iDebit, Envoy, and a host of other processors on the market today.

Mobile, in particular, is one of the more fertile arenas as far as new payment methods are concerned. A good example comes from PocketWin, an online and mobile casino almost unique in the industry for building its own games in-house. The company is also special in that it lets players make a casino deposit by phone, effectively deferring the cost of their games until the end of the month.

Consider how many times customers bail out of a purchase because the company they’re buying from doesn’t offer their favourite payment option – over months and years, the number of lost sales racks up. Not offering PayPal in particular is almost a cardinal sin for businesses, given that the processor had 192 million users worldwide in Q3 2016. 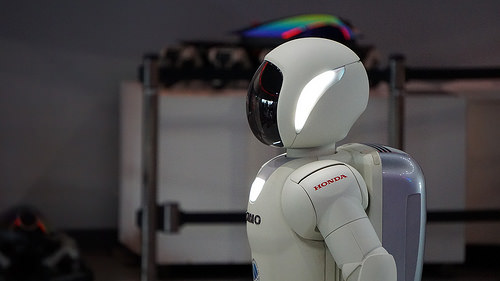 According to a 2014 statistic, there are more mobile devices on Earth than people. It took just thirty years to put 7.2 billion devices in the pockets and homes of humans around the world. Technology is the single most important thing in the lives of millennials in particular. The phrase “life companion”, coined by the Galaxy S3-era Samsung, has never been more apt.

It’s not just about the fastest, prettiest device anymore though. Fingerprint and iris scanners recently emerged from Samsung and Apple’s respective laboratories, while Pokémon Go introduced the world to augmented reality technology earlier this year. With the above in mind, brands have to offer something different to succeed.

As a quick pointer, technologists are forecasting the arrival of the first true artificial intelligence before the end of the next decade and, should we survive the inevitable robot uprising, bots and automatons could become as prosaic as televisions. Asking questions around the applications for true AI in improving people’s lives is a great way to brainstorm for the future.

You can find many how-to guides and resources online to help with technology related tasks. BeBusinessed resource guides are great for this.

Smartwatches didn’t provoke the technological revolution Apple and Samsung expected, simply because they didn’t really do anything consumers needed; in fact, as far as usability and battery life were concerned, they provided a significantly poorer experience than smartphones. The true potential of wearables lies elsewhere.

Millennials are particularly excited about banking with wearable technology so, here’s an idea that’s not as hare-brained and dystopic as it sounds – microchip customers with their card details so that they can pay with a swipe of their hand. It’s not only a convenient alternative to plastic; it’s about as secure as banking gets.

Wearables need to solve a problem if they’re ever going to take off; they also need to reduce the amount of decisions involved in their use. For example, putting fitness trackers in shoes would mean that runners don’t have to decide whether or not to wear them on a daily basis.

As a final point, there’s a great deal to be said for taking things “old school” in 2016. Vinyl sales are soaring, the ZX Spectrum and NES consoles are back on the market, and paper books not only survived e-readers but sales are taking off once again. That’s not to say that there’s ever going to be a market for Crocs but looking backwards can sometimes reap rewards for the courageous entrepreneur.

The routes to take to become a professional photographer

Get Real: How Going Offline Could Take Online...