How to Market your Card Game to Millennials

Card games have been enjoyed forever, but the good news is, this doesn’t mean that millennials aren’t interested. In fact, card games are very popular with this generation, and it’s a market that a lot of brands have managed to tap into. Sure, some require just your standard deck, but many still have challenged what you think of when you think of “card games”. In fact, marketing a card game to millennials is not difficult because it’s a novel idea, but because there is already quite a lot of competition in the market.

Cards aren’t just for gambling, either. In fact, there’s a whole new player in the game, and that’s card battle games. Titles like Hearthstone, Bethesda’s Elder Scrolls Legends: Heroes of Skyrim, and Polish developer CD Project’s more recent Gwent all encourage players to battle their opponents while immersing themselves in a creative backstory. There are various characters, legends and entire worlds for players to get involved with – as well as different card types and complex rules, knowledge of which improves gameplay. These days, these are very popular, and in fact, spills over into various kinds of media. The Elder Scrolls brand attracts thousands of players worldwide per day. SteamSpy calculates more than 579,000 players for the Legends game alone. So how did these companies tap into these markets? The Elder Scrolls franchise already had a huge following behind it thanks to its success as an action role-playing fantasy series of video games, of which 2011’s Skyrim alone has sold more than 20 million copies worldwide. Perhaps the attraction to Mediaeval themes in the game makes players more open to “old-school” niches, such as collectible cards, which could explain the popularity when the Legends spin-off was announced in 2015.

Similarly, Gwent comes as a spin-off to The Witcher 3, which was released by CD Project RED in May 2015. It takes part in the same world, hash similar fantasy themes, with the Witcher himself having supernatural powers to defeat beasts. Gwent started out as a mini game, but as it’s been described as “addictive”, so it’s now become popular in its own right, with fans liking the idea that they can play the same games as their hero of the series, Geralt. Interestingly, what all three of these titles have in common is that they are card game spin-offs of popular RPG franchises. This has likely been the push that players needed to try the card games. The lesson we could learn here is that established brands will do wonders for new titles, so if you can somehow link a new product to an old product, you’re likely to benefit.

It’s Not Out With The Old, Though

Although there are now many more card games than just the decks with the standard hearts, clubs, diamonds, and spades as suits, the traditional ones are still a much-loved option. However, some brands have done something that seems to have worked in any other industry – they’ve made things digital. 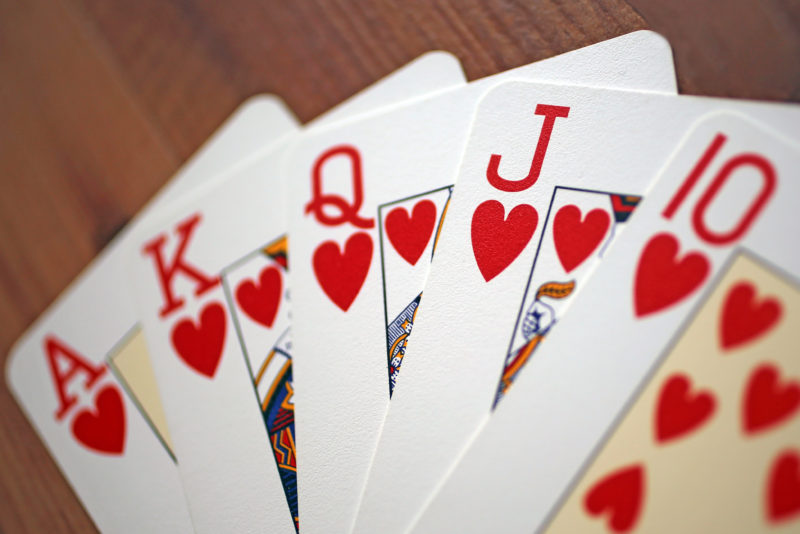 When it comes to millennials up to the age of 25, over 99% use the internet “regularly” – (99.2% to be exact). When you extend that socio-demographic to include adults up to 44-year-olds, you still come out with a figure of 98.8% regularly heading online. It makes sense, then, that card games have quickly adopted new technologies, and continue to do so eagerly. Playing games with traditional playing cards has always been a popular past-time, but with modern lifestyles the way they are, players appreciate USPs. Online casinos have done just that by offering what is known as live casino games. These are games played with physical card packs which are live streamed to the player’s computer, tablet or phone. Live blackjack follows the same rules as “traditional” blackjack played in casinos, including the option to split or double down, but does so on live video, where a real dealer will deal the player’s cards. “New-old things” are incredibly popular nowadays, and it’s not just card games which have been brought online after years of being traditional. A lot of our daily lives end up being digital, from photo albums through to the way we shop and eat.

Cards can of course just be played for a bit of light fun, with no previous experience required. Uno is incredibly popular, and part of its popularity is how easy it is: you can even win the first time you play it! All that’s required is making sure to pay attention to the rules. Exploding Kittens is rather innovative, too – it’s a highly strategic, “kitty-powered” version of Russian roulette. There are some incredibly high stakes and in fact, kittens can actually kill you! Exploding Kittens started in the cat and humour-loving world of the internet, when creator Elan Lee used Kickstarter to fund his idea. He was so successful that there is even an official Android app for it today. And finally, Top Trumps has continued to expand since its introduction in 1968. One of the reasons that it is still thriving today is its willingness to expand its universe according to its audience. When something is relevant, a new deck is released. There are Top Trumps packs for all kinds of topics, from classic cars through to Star Wars, and it is actually very easy to play. Of course, while these games are fun for all, millennials aren’t too cool to be involved – who doesn’t like to have fun?

Of course, millennials love to party, and when they do, often cards are involved. Some games rely on a traditional pack, for example, Ring of Fire. This has a set of rules assigned depending on the card that is drawn, which usually involves silly mini-games, dares, or yet more drinking. In recent years, Cards Against Humanity has also become very popular in the market. While it is not specifically a drinking game (instead preferring to market itself as “a party game for horrible people”), it is definitely trying to capture a similar market. Just be warned, it can get a little wild (and more than a little inappropriate, in the very best of ways). These games – and the parties they play at – make for great sharing on social media. Good digital marketing relies on user-generated content to build a community, and when are you more likely to share images and videos than when you’re enjoying yourself at a party?

Despite card games literally being some of the oldest tricks in the book, there’s thankfully no sign of their popularity waning. And, providing that games makers continue to come up with innovative ways using technology and new trends to market their creations, this should be the case for many years to come. If this is a market your business is interested in tapping into, as always, research is imperative, as is ensuring that you’ve done enough not just to create a game, but also a brand.

Get Real: How Going Offline Could Take Online...